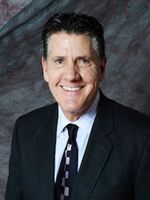 Things lay quiet following a pair of stories on December 4 in the Courier-Journal and the Louisville Cardinal about the firing of University of Louisville Vice President for Human Resources, Sam Connally. As was to be expected, the University had little to say about such “personnel” matters other than than the “separation did not involve suspected illegal conduct” on the part of Mr. Connally. Naturally many heads turned given the background of separation or retirement of several other University executives in 2013, and of UofL’s corporate attorney in April 2014. These very high ranking University officers were paid hundreds of thousands of dollars in exchange for signing non-disclosure/non-disparagement agreements. Those agreements were considered unusual for a public institution and raised suspicions among the public that there was something to hide. Mr. Connally provided the voice of the University defending those agreements. Because there is ample evidence– documented in this series of articles over the last two years– that UofL plays fast and loose with rules, I too was concerned that there was more going on than meets the eye.

Great credentials.
Mr. Connally served as Vice President for HR at UofL since Feb 2010 and came with excellent credentials. His resume is impressive. He attended the U.S. Airforce Academy and graduated from Boston University with a Master of Divinity. He was an Army Chaplain. He earned his degree in Business Administration from Duke. He worked in human resources at other Colleges and Universities, most recently at Washington College in Maryland.  A personal profile on the UofL website was upbeat— the kind of boss I might like.

How are things in Denmark?
Nonetheless, there were signs that all not was not well. In July, it was announced that Mr. Connally was a finalist for the position of Vice President for Human Resources at the University of New Mexico and was expected for an on-campus interview July 25.  If he were not already looking for a job at the time of the departure of his peers, he certainly did not waste time afterwards. Nonetheless I chose not to pursue the story. I did not expect Mr. Connally to say very much about his departure whether he signed a non-disclosure agreement or not. He had been a loyal soldier in the past and a public fuss here might not be helpful in any future job search.

Out in the open now.
Regardless, the other shoe has dropped. Andrew Wolfson received a copy of a letter said to be from Mr. Connally to University President James Ramsey in which he claims he was fired in retaliation for filing a complaint against Provost Shirley Willihnganz on October 2 that contained “material allegations of misconduct, which, if true could constitute unlawful or improper behavior on the provost’s part.” It is reported that the letter stressed that the complaint was filed “in good faith under the provisions of the University’s equal employment opportunity policies and its fiduciary responsibility practices.” Mr. Connally is said to believe that he was “being terminated solely for filing a complaint against the provost,” and that he “considers his termination a violation of the state’s whistleblower-protection act.” A University spokesperson states that it has “hired an independent outside counsel to investigate Connally’s claims against Willihnganz as well as one against him.” It is clear to me that this is going to get very, very messy!

Was it something he said?
Something tells me that Connally was not offered, or did not accept a cash separation package in return for a non-disclosure agreement. He would certainly know where the bodies are buried. What kind of advice was Connally giving the University that they might not want to hear? Surely he had something to say at the departure of the other executives. Is he critical of possible plans to further cut University employee benefits? Was he critical of the University’s decision to throw same-sex married or committed couples under the bus at University Hospital, or otherwise abdicate its academic independence? (I certainly am.)  As a member of the cabinet of Vice Presidents, Mr. Connally would be aware of, if not a participant, in almost everything else going on. I for one would like to know what he knows.

Bring in the cavalry.
More to the point, yet another internal investigation by the University is not going to cut it. The important parts of the last “audit” were kept secret! Mr. Connally would know just what. It is time for a truly independent outside audit or investigation of the administration of the University of Louisville. I call on Kentucky’s Auditor of Public Accounts, Adam Edelen, to begin the process. Any other path, in my opinion, is unfair to the interests of the Commonwealth.

Local help wanted.
I also call on the Board of Trustees of the University to do their duty. Based on my own observations and the reports of others, I personally believe something is very very wrong at the University of Lousiville. Even if I am incorrect, the perception of management failures or worse has been allowed to persist behind a willful secrecy. It appears that even the University’s own Board is not allowed to see behind the curtain. Board members are responsible to the Institution, not to its management. They have a duty to the Commonwealth. There are many benefits to being a board member— it is a much sought-after position. With the privilege of serving comes the responsibility of meaningful oversight. Such is needed now more than ever. Please either dispel the concerns of so many, or clean house for us. This continuous bouncing from one scandal or disappointment to another serves no one. Kentucky deserves better.

3 thoughts on “Firing of a UofL Vice President— Further Revelations.”