Major twist in the story line! 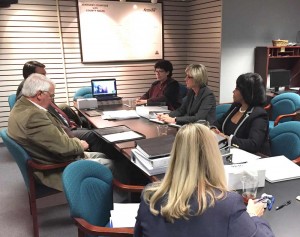 The Governor’s Postsecondary Education Nominating Committee is presently in Executive Session in Frankfort selecting candidates to present to the governor for appointment to the University of Louisville Board of Trustees as described by new legislation passed by the Kentucky Legislature earlier this week.  Thirty names will be presented to  Gov. Bevin from which he is entitled to select 10, subject to approval by the Kentucky Senate.  This is a brand new process that is different from the previously uniform statutory requirement for Board appointment at Kentucky’s other major state universities.  I was told that the names of these candidates will not be released to those of us waiting in the hall when the Committee leaves its executive session. I suspect that the names that have been selected will come from the same binders used to appoint the first 10-person Board of Trustees last Spring. It remains to be seen to what extent the statutory protocols or actions of the nominating committee are different in any other way from the tightly controlled political processes used in the past by this governor or others. For example, it is not at all obvious that Governor Bevin elicited recommendations for his new Nominating Committee as required by statute.

What is newsworthy at the moment is the major change the Governor has made in the composition of his Nominating Committee. Announced just today is the replacement of three Committee members by new ones who are now in their first meeting ever.  To inspection, the new appointments to the Nominating Committee go a long way towards repairing a committee which was by statute illegally constituted by almost every parameter. There are now three women and two racial minorities on the 7-member Committee.  At least one of these is a Democrat, but the political party affiliation of all the rest is not yet known to me.

Obviously the Governor has been sensitive to criticism by me and others that his own committee was more “illegally” constituted than the UofL Board he sought to replace for the same reason.  That contradictory logic belied any other motives that might have been or still are operational.  Nonetheless, what is going on now represents a major deviation from past practices, and the product of the committee meeting remains to be analyzed.

This article has been amended. 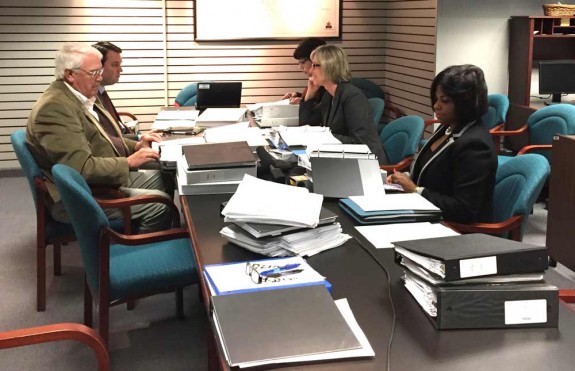