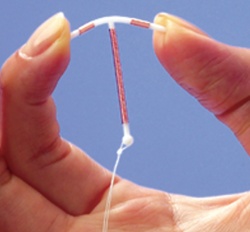 The University of Louisville offered a target date of the end of June to announce their newest life-partner-intended for clinical and academic activities. Despite my musings in the last post, most observers believe the University will try to follow through on its original plans to merge with, or be acquired by some combination of Catholic Health Initiatives (CHI) or KentuckyOne Health (KOH). If anyone wishes to wager on a different outcome below, I am willing to bet a martini in the favorite Louisville bar of the correct predictor. My bet is on CHI/KOH.   [So far, no one has been willing to bet against me!]

Background.
Any new proposal from the former would-be partners, or any other for that matter, will have to grapple with a number of existing thorny issues and probably some new ones. It will be interesting and probably entertaining to see how it all plays out. It would be less entertaining to write about if the outcome was not so determinative of the style and quality of medical care that will be offered on the public’s behalf to the disadvantaged of Louisville. This article will deal with the issue of how a potential new partnership with CHI/KOH might effect the way end-of-life, reproductive health, or woman’s healthcare would be delivered under UofL auspices. As the best available indicator, I base this discussion on how Jewish Hospital & St. Mary’s (JHSM) and their associated medical practices provide these medical services following the creation of KentuckyOne Health. Recall that the University of Louisville fully expected to be a part of this new entity, and even while trying to downplay (some would say obscure) the changes in medical practice it was willing to make, it was clear that the University and its Hospital were prepared to follow religious doctrines of the Catholic Church in exchange for money for University programs. It was a “business decision.” Although this article deals mostly with reproductive and women’s heath, and with end-of-life care, the Religious and Ethical Directives of the Catholic Church (ERDs) cover much more ground than that.

What I heard and found.
Several months ago, individuals began to report to me that Jewish Hospital and at least some of its affiliated outpatient physician practices began to change their medical procedures to bring them into line with the ERDs. I was told that a hospital representative visited affiliated Obstetrics/Gynecology practices with new official policies informing medical staff what services were no longer allowed. Sterilization procedures customarily done in the office were forbidden, although work-arounds such as doing such the procedures somewhere else might be overlooked. Anything relating to contraception was prohibited, although birth control pills and certain intrauterine devices (IUDs) could be used if some medical diagnosis other than contraception was written on the prescription. Materials that might be used for contraception were collected and their use monitored. I heard several similar versions of this same story. I believed these reports because they reflected my own personal experience administering a health plan for a large Catholic institution several years ago. However, although they were from reliable intermediaries, these initial reports were second hand. In fairness, I wanted better information on which to base a report.

I looked at the website of a major Ob/Gyn practice that is now part of the Jewish Hospital Physicians Group. There was a link to contraception, but it led to a blank page. A link for in-office sterilization similarly led to an empty page. In a more extensive exposition about the kinds of services a patient might expect to receive, there was no mention of contraception or sterilization. I do not know if additional information was ever presented there, but most of the Ob/Gyn websites I found on the web contain much more specific information. Several calls by me to that office in an attempt to illuminate the situation were not returned. Women’s health is one of KentuckyOne Health’s major new initiatives. I do not know what the business relationship is between the affiliated practices and KOH/Jewish Hospital that might require changes in clinical practice. Others have also tried to find out what is happening without success.

Over the past few weeks, I have spoken personally with individuals who have more direct knowledge. Together with public statements and planning documents from last December, the reports outlined in the paragraphs above are, in my opinion, credible. Additionally, as many of us feared would occur under the mandates of the Catholic ERDs, I have also been made aware that women presenting to the Jewish Hospital emergency room with ectopic pregnancy are now being made to jump through religious doctrinal hoops rather than receiving standard unrestricted medical treatment.

Today’s Jewish Hospital & St. Mary’s website states that, “It is the policy of Jewish Hospital to recognize and adhere to, whenever possible, [emphasis mine] a patient’s right to formulate and maintain an advance directive.” I can no longer find an earlier specific statement that such directives would be honored to the extent they are not in conflict with the Catholic ERDs. Until recently the directives were still listed as controlling documents on the hospital’s “Ethical & Religious Directives” page. That page is also no longer part of the website. Because of these website changes, the hospital’s policy on this important healthcare issue is unclear to me. I will try to obtain clarification and a definitive current policy.

What I think.
We heard often during last year’s merger roll-out that “historically Jewish facilities will remain Jewish.” Strictly speaking, that does not seem to have happened. For example, there is no religious prohibition in mainstream Jewish religion against either birth control or the withholding of fluids and nutrition when specified in a person’s living will.

I am puzzled why I and others have been having so much trouble obtaining unequivocal information. Surely the facts are relevant for individuals who might as patients wish to use the hospital facilities or associated practices. I acknowledge that the issues have become particularly controversial in recent months, but surely that is a reason for more clarity and specificity, not less. I had hoped that the habit of secrecy that infused the earlier merger planning had dissipated. I called Jewish Hospital to give it an opportunity to comment on this article, but my call was not returned. I invite the hospital again here, to give us unambiguous clarification below. In fact, I am willing to post on the Institute’s website the hospital’s official inpatient and outpatient policies on contraception, sterilization, surgery on reproductive organs, ectopic pregnancy, treatment of victims of sexual assault, fertility enhancement, or the conditions under which they would not honor an advance directive. Indeed I make the same offer to any of the hospitals in our region. I am confident hospitals that serve us have such written policies. If not, why not? For what possible reason might a healthcare provider not want its patients to have such information? Educate me.

More than puzzled, I am deeply troubled by the reports of some of the work-arounds that presumably are in place to allow providers to remain competitive in the marketplace. Such face-saving procedures do not serve religious institutions themselves because they allow a criticism to be raised of hypocrisy in support of financial gain. The requirement for a “non-contraception” diagnosis being given before birth control pills or contraceptive devices can be used tempts both the patient and physician to falsify the medical record and corrupts public health statistics. People go to jail for such things. These diagnoses also become part of an individual’s medical record and may be used against their interests in the future, even if they are not accurate. Which is more immoral, contraception or medical fraud? Why do I even have to ask the question?

I had hoped to anticipate solutions to the thorny problem of how best to handle the inevitable tensions that result from mandatory religious medical directives in the public marketplace by looking the partial merger (without UofL) that emerged last January. What I found was not encouraging. It seems that the practice restrictions that appear to have been adopted at Jewish Hospital & St. Mary’s, and at least some of its affiliated medical practices, are the same as those in the “contractual” agreements to follow ERDs that the University was so willing to endorse. These “church/state” issues and restrictions on reproductive and women’s health were not the only reason the larger deal failed, but neither were they a minor factor. Whatever new deal the University might decide to reveal to the rest of us seems likely to fuel the same public debate all over again. This would be a shame. Why not set the matter to rest with full disclosure? Our community has many other major issues that need to be addressed.