Kudos to my colleagues at University Hospital. 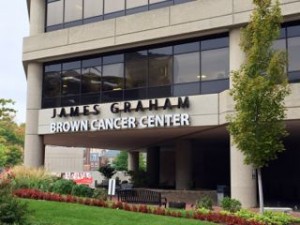 I recently wrote about the disappointing representation of Kentucky’s hospitals in this year’s 2015 version of US News & World Reports list of Best Hospitals. Of Kentucky’s approximately 130 acute-care hospitals for adults, not a single one achieved national ranking in any of 16 different specialties. Nine Kentucky Hospitals were designated as a “Best Regional Hospital” by having one or more of 16 specialty services considered “high-performing” as defined by scoring in the top quarter of all eligible hospitals for that specialty nationally.

I went on to discuss what are in my opinion some of the difficulties and shortcomings of current attempts to rank hospitals for quality and safety. I reinforced US News’s stated intent that their program was designed to identify hospitals best suited for the most difficult cases where the services of large, high-volume teaching hospitals with abundant in-house technology might make a difference. Hospitals not on their lists may still provide high quality routine care. With a focus on cardiology and cardiac surgery, I also discussed how the mix of data elements examined can boost or diminish a given hospitals standing [and perhaps even add fuel to the current technology arms-race among hospitals].

University of Louisville Hospital makes list of Best Regional Hospitals.
I made my points and was prepared to put the matter aside when two things happened that prompted this follow-up article. The first was another full-page advertisement in our local newspaper– this time proclaiming the University of Louisville Hospital’s James Graham Brown Cancer as the “Best in Louisville for Cancer Care.” I served in that hospital for the greater part of my clinical career and was tickled and proud to see one of its former competitors joining in praise of it. I too wish to congratulate the Cancer Center of the University of Louisville. [In the spirit of full disclosure, I am a patient of the Cancer Center and have a vested interest in its quality!]

Intended to enhance the Hospital.
Ever since the new University Hospital was built in the early 1980s, U of L, its faculty, and its hospital managers put much of their treasure of time and money into growing the Cancer Center. It was believed a strong cancer program would raise the overall quality and reputation of the hospital and serve to enhance the research potential of the University. The Cancer Center did its part, but both the lay and professional public and their government failed to fully embrace the hospital, which ultimately could not shed its inheritance from the Old Louisville General as the hospital for poor people, the disenfranchised, and victims of trauma.

Are Kentucky Hospitals less competitive in such rankings?
I was filing away my paperwork from the first article when I found forgotten notes and an actual physical copy of last year’s 2014 U.S. News Best Hospitals report that I bought in an airport last year! A quick glance suggested that Kentucky is becoming even less competitive in meeting the specific criteria selected by the U.S News report. Over the last three years, the total number of high-performing specialty services designated within Kentucky hospitals has fallen by 35%. I wanted to try to understand why and what the implications might be for Kentucky’s healthcare system. I will discuss the data underlying the endorsement of University Hospital for cancer and the seeming loss of competitiveness of Kentucky hospitals in a future article.