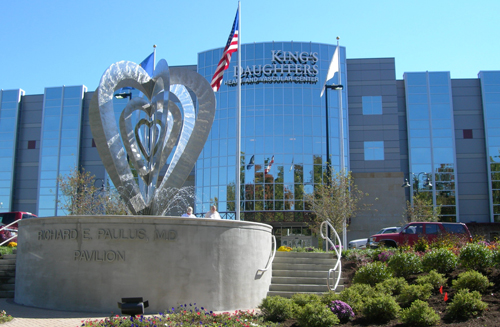 Just when I thought it was safe to write about something else, I learned about a new lawsuit against the King’s Daughters Medical Center, Comprehensive Heart & Vascular Associates, Inc., and Dr. Richard E. Paulus, M.D., all of Ashland KY. Of course, claims made in a legal action represent the views of only one party. Nonetheless, the complaint specifies issues essentially the same as those currently playing out at St. Joseph London in southeast Kentucky and are on their face inherently possible.

The case was filed in Boyd County Circuit Court on September 30, 2013 on behalf of a single plaintiff and his wife by the Poppe Law Firm of Louisville. This is the same firm handling numerous civil claims against St. Joseph London in Laurel County. The alleged circumstances and actual facts are disturbingly familiar. As stated in the complaint, the plaintiff is said to have undergone unnecessary angioplasty with the placement of a stent. The rate of angioplasty in the area surrounding King’s Daughters Medical Center is the highest in the state, and indeed one of the very highest in the nation. Following the purchase of the medical practices of two large cardiology groups, the number of angioplasties increased substantially. According to the complaint, following an investigation begun by the United States Department of Justice, the number of procedures dropped by 70%, remaining nonetheless the second highest for Kentucky hospitals.

Consequences.
Many people saw this coming. I will prepare my own analysis of the utilization of cardiac procedures in the coming weeks, but the dominoes are already beginning to fall. Moody’s bond-rating service has downgraded a credit rating of King’s Daughters Medical Center and gave it a negative outlook, citing as one reason a dramatic decrease in the number of cardiac catheterization  procedures performed. The hospital has a big new heart center (named after the physician defendant) to pay for, but has lost a major segment of its income stream. The physician named in the complaint retired from clinical practice in August 2013 amid glowing tributes in the local newspaper about his contributions to the hospital. A Department of Justice investigation is said to be ongoing. Because some King’s Daughters cardiologists are said to be hospital employees, Stark Act and anti-kickback laws are likely to be in play. These are felonies in a different league from fraudulent billing. Whether the claims in the complaint turn out to be true or not, the hospital’s operating income is already taking a hit.

Relevance.
How this plays out will be relevant to a number of themes that this health policy series has explored. For example, King’s Daughters Medical Center has prominently advertised its many awards and ratings by private agencies on its website, especially with regards to its cardiac services. St. Joseph Hospital London used to do the same. My skepticism about the usefulness of many of these quality and safety ratings continues to grow. No doubt many patients relied on those ratings in their medical decisions. Should they have?

I have written often about my concern of the consequences of hospitals hiring their own medical staff when salaries are linked to volume and productivity that benefits the hospital. Are safeguards to protect patients as robust as are the efforts of such hospitals to immunize themselves against anti-kickback and other legal liabilities?

I often write about the critical importance of focusing our limited medical resources on those services that have been shown to actually work! Who gets to decide what is medically necessary?  What is the role of professional societies in setting such policy? Of insurers? Unless we as both a public and medical profession are willing to hold the line and underwrite evidence-based medicine to the exclusion of the fad, the fanciful, or the unnecessary, we will never be able to control soaring medical expenses. This is not “death-panel” stuff!

The lawsuit alleges that dozens of people should have been aware of the claimed improprieties at King’s Daughters Medical Center but that no one was willing to speak up. If this proves to be true, it reinforces my concern that we of the medical profession are losing our ability to guarantee the integrity of our guild. Why should law enforcement and malpractice actions be serving  de facto quality assurance functions so often?

I wish it were not so, but we have not heard the last about angioplasty abuse, or other scandals of over-utilization in Kentucky or the rest of the nation. Important lessons remain that we must learn as a society. Our interests are not well served by keeping information hidden; be it clinical, financial or legal.  We may never find out what really happened in these institutions.  I plead once again for fuller disclosure and transparency in our medical and legal systems.

As usual, if I have misunderstood a matter of fact, please help me clarify the record.

One thought on “Alleged Angioplasty Abuse in Kentucky – Instant Replay.”