Counting Angioplasties:
Too many, too few, or just right?
Although it is St. Joseph London Hospital that is taking the heat in Kentucky over accusations of performing medically unnecessary cardiac catheterizations and other invasive cardiac procedures, it is certainly not alone nationally in this regard. I examined publicly available health data from the Kentucky Hospital Association (KHA) website which confirmed that St. Joseph London was performing a lot of cardiac catheterizations and other invasive cardiac procedures for such a small hospital in a rural part of our state. The hospital today claims to perform over 3000 heart catheterizations a year, although not all are angioplasties.  Of course, absolute numbers alone do not indicate that anything improper occurred, However, given the nature of the accusations, the precedents elsewhere, and in the best interests of both the hospital and the patients it serves; it is my belief that a careful and transparent review is in order. [Addendum:  We can now be sure that very much that was improper occurred!] END_OF_DOCUMENT_TOKEN_TO_BE_REPLACED 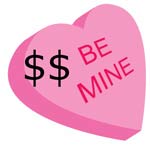 Back in the days when I was a hospital lobbyist, my colleagues voiced the generally accepted fact that Medicare and other insurers overpaid for cardiology services. As a medical student, I was taught the Willie Sutton Law of Medicine– “When looking for a diagnosis, think of common things first.” [When Willie Sutton was asked why he robbed banks, his answer was, “Because that’s where the money is.”] While I by no means wish to imply that all hospitals are stealing our tax and premium dollars, an increasing parade of nationwide criminal investigations, indictments, and convictions make it clear that some hospitals and their doctors are shaking the cardiology piggy bank too hard. END_OF_DOCUMENT_TOKEN_TO_BE_REPLACED

[Correction: Because of a systematic error in the on-line database of the Kentucky Hospital Association, the number of angioplasties reported for all hospitals in 2011 was exactly double. This caused me to under-estimate  the sharp drop in procedures at St. Joseph London, and erroneously indicated a statewide increase for that year. Corrected charts, tables, and discussion are substituted in the text below.]

The University of Louisville’s new academic and clinical partner, KentuckyOne Health, and its erstwhile suitor, Health Management Associates (HMA), have both been in the news lately but not in a favorable light. A story about HMA was the leadoff feature of the December 2 edition of a 60 Minutes program in which HMA was alleged to have exercised inappropriate and computer-assisted influence over its physicians to admit patients from the emergency rooms of its hospitals who would not otherwise have required inpatient-hospitalization. One of KentuckyOne’s hospitals, St. Joseph London, has been sued and is under federal scrutiny for claims it was performing unnecessary invasive cardiac procedures and worse, operating on patients with normal hearts. For many reasons, these are serious allegations, not least because they impute the ethics and professionalism of the hospital’s management, medical staff, and employees. It would also put human lives at risk without chance of benefit and be be a waste of our collective tax and insurance premium dollars.

END_OF_DOCUMENT_TOKEN_TO_BE_REPLACED

The medicine that we are too willing to swallow. 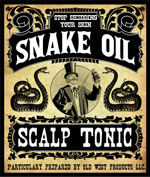 It has only been a lack of time, never of material, that limits the number of entries in this column. (Are any of you out there interested in writing about something?) One has only to open the local newspaper or watch any news program to stumble across things that should cause our ears to perk up, if not make our blood boil. Last Friday’s Courier-Journal provides a typical example. There were no fewer than five different news articles that were exactly on point for issues we have been writing about this past year. The articles highlighted the massive squandering of money and flesh by a broken healthcare system, a substantial risk of the most commonly touted screening procedure, an example of the unconscionable bills that hospitals are willing to present to their patients, a Kentucky hospital being sued for massive but lucrative overtreatment, and a report of still one more widely used treatment for Alzheimer’s syndrome that didn’t work. There seems to be no limit to the amount of abuse the American public is willing to take from the healthcare industry that is supposed to serve them. Fortunately for me, I don’t have much hair to pull out anymore. END_OF_DOCUMENT_TOKEN_TO_BE_REPLACED