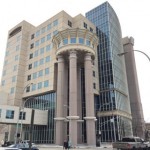 There is no longer any doubt in my mind that the unscheduled executive session tacked on at the end of the February University of Louisville Board meeting was called to deal with the matters of the firing of Vice President for Human Relations Sam Connally and the allegations he brought to the attention of the Board members. As reported earlier today by Insider Louisville, the Courier Journal, and the Kentucky Center for Investigative Reporting, Mr. Connally filed a not-unexpected lawsuit yesterday against the Board of Trustees as agents of the University. A quick trip downtown yielded a copy of the complaint. It makes for interesting reading and provides more detail than a previous letter by Connally to the Courier Journal published elsewhere and which found its way to the UofL Trustees before their meeting.

Somewhere in this article I need to make the appropriate comment that any such complaint tells only one side of the story– a fact readily acknowledged by Mr. Connally. However, in this case, we have a pretty good idea what the University will say in the form of the investigation prepared on its behalf by its outside attorney. I read that report and also the 100 pages of supporting documents.  It covers the same basic set of events as Connally’s complaint with a different spin indeed. There are obviously matters of fact and interpretation to be worked through. Win or lose, in my opinion and based on documents I have seen, UofL is not going to come out of this looking very good.

Whistleblowing and retaliation.
Connally is suing both under Kentucky’s “whistle-blower-protection” statute that covers state employees, and a more general “no-retaliation” clause in Kentucky’s Civil Rights Act. The protected disclosures Connally identifies involve allegations made public earlier and relate to the University’s handling of bids for management of its employee health insurance program, and the manner in which the University tried to finesse and minimize its own internal findings of racial discrimination against at least five of its employees in the Department of Financial Aid. Additional details are presented in the lawsuit, including how employee health insurance premiums were allegedly used for non-healthcare purposes, and about more specific findings of discrimination by the University’s own internal investigation, supervised as it was by Connally as its Equal Opportunity Officer. Connally also details the reasons he believes the University’s investigation of his complaints and those made against him were not fairly handled by the outside firm. The complaint is easy reading, and even though it presents only one side, it will provide a helpful timeline to assimilate and understand documents yet to come. It will however cause some folk’s blood to boil. (Disclosure– I was one of the employees who had to pay the alleged unnecessarily high health insurance premiums.)

He said- she said?
The University’s own contracted investigation (which found the University blameless) emphasizes the fact that Connally describes events beginning in 2012 claiming that he is bringing them up as an unrelated last ditch defense. It also has some unfavorable things to say about Connally himself. However, it appears that Connally’s relationship with soon-to-be-former Provost Shirley Willihnganz has been steadily worsening at least since 2012, such that a proposed link of complaint to retaliation is rational if not believable. Certainly he had been looking for other employment long before he was fired. The equal-opportunity maneuverings continue to the present. Impartial third parties will have to decide whether Connally was the victim of an escalating vendetta against him for his principled-sounding objections to University actions, or whether Connally overstepped his bounds as a Vice President or administrator. I have a suspicion that Connally was neither the first, nor the last to depart the University over these and related matters yet unrevealed.

What is still to come?
There were no supporting documents attached to the complaint, although I probably have already seen some of these in the report of University’s investigation. The University will have to file a response. Much is at stake, and if the other lawsuits involving UofL that I have been following are any indication, it will get even uglier than it is now. The risk to Mr. Connally is that of any whistleblower seeking employment elsewhere. The University is not giving him the same send-off that it recently gave to other high-ranking executives, and it will probably seek to highlight any of Connally’s alleged shortcomings as it is doing now. The risk the University of Louisville is facing is an enhanced EEOC federal investigation of its handling of the discrimination settlements it made with its employees, or its past and present uses of the state Request for Proposal (RFP) process. Even executives who have signed non-disparagement clauses would have to tell what they know. The University might have to waive its attorney-client privilege to retain credibility. Lawsuits like this throw curtains back further than the involved parties might wish. That is one of the reasons settlements are common. I am already learning new things revealed by the University in the substance of and attachments to its investigation.  I predict that opening this can of worms is going to lead to additional investigations of University practices by local, state, and federal entities that even the Red Doors of Obstruction cannot hold back.

I will make additional documents available as I receive or can find them. If I have made errors of fact, please provide me with the documentation to fix them.