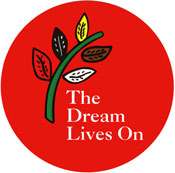 The day after a slate of three nominees for an open position on the UofL Board of Trustees was presented to him by the Postsecondary Education Nominating Committee, Governor Beshear announced his choice for the appointment – William Summers, IV of Louisville.

Mr. Summers is a distinguished, respected, and long-serving public figure in Louisville. He is a known and knowledgeable quantity and should be able to hit the ground running.  In the announcement from the Governor’s office this afternoon, Mr. Summers comments:

“For over 40 years I have devoted my life to serving my hometown of Louisville, and I appreciate this opportunity by Gov. Beshear to serve on U of L’s Board,” … “My entire life I have always been proud of the University of Louisville and its deep history of helping men and women of all races and nationalities reach their potential. This is a true honor and privilege to serve as a board member with the distinguished faculty, staff and students who have devoted their lives to helping U of L and the city of Louisville achieve greatness.”

This has been an appropriately fast-track process. The enabling position on the Board that became available upon the resignation of Trustee Steve Wilson only opened on September 29, public notice of the meeting of the nominating committee became known to me only two days ago, and the Nominating Committee met only yesterday!   I would like to believe that the speed of the appointment reflects only its importance to the community, but this was also a distracting matter that had to be settled before the upcoming November elections. Of course, Mr. Summers is also appointed just in time for the November Board meeting.  Hardly a beat missed!

Mr. Summers and the Board a face a significant set of challenges in the year ahead.  We wish for them all a professionally satisfying experience and outcomes of which we can all feel proud.

4 thoughts on “William Summers, IV Appointed to University of Louisville Board of Trustees.”