Over the past few years there has been a plethora of events, reports, investigations, prosecutions and miscellaneous scandals involving the University of Louisville that should have made the Louisville and Frankfort communities sit up and take notice that all may not be well or even legal within the Cardinal Citadel.  However, a recent series of investigative and other reports about the amount and mechanisms of executive compensation have proven to be the tipping point for public outrage. The income disparity between a select few in leadership and the not-keeping-up-with-inflation salaries of faculty and staff– supported as they are by soaring student tuitions– became too great for University of Louisville spin-meisters to stonewall, to facilely explain away, or to blame on the Commonwealth’s lack of funding.  Prominent among the recent reports are those of Chris Otts of WDRB, Andrew Wolfson  of the Courier Journal, and Stephen George of Insider Louisville. The faculty and staff of the University are also understandably outraged.  I put my two cents in also.

I don’t have the patience or space to detail how the story unfolded. The journalists above have published detailed analyses of “how much, how come, and who knew?”  The story has gone nationwide.  Troubling is the observation that numbers and other details from different sources do not always agree.   Official UofL and UofL Foundation documentation is shockingly sparse, inconsistent, and embarrassingly incomplete. The recollections of present and former Trustees of what actually transpired vary, in my opinion, proportionally to obvious personal loyalty to President Ramsey and to the detriment of University credibility.

In its typical effort to deflect the widespread criticism, the University hired an outside consultant to prepare a comparison, or more correctly a justification for the Board of Trustees of how President Ramsey’s compensation compares to that of presidents of other selected universities.  However, at the very session at which the consultant presented its report to a formal meeting of the Trustees, it was revealed that the necessary supporting information given to the consultant by the University was incomplete and grossly understated Ramsey’s compensation!  [Incomplete disclosure? Has that ever happened before?] Additionally and following subsequent full disclosure, the consultant expressed concern about some elements of Ramsey’s compensation that were atypical at other universities.  Despite this revelatory debacle, a majority of the full Board voted to give Ramsey a (reduced) raise and a bonus! It is apparent to me that UofL Board members, both old and new, have no idea how much money Ramsey has been getting nor how he came to receive it!  Shame on them! Ramsey recently forcefully complained that his credibility was being challenged by those asking for accurate information.  It is clear that somebody’s credibility is in tatters.  It is now the responsibility of President Ramsey to tell us whose. END_OF_DOCUMENT_TOKEN_TO_BE_REPLACED

My cup runneth over with potential issues to explore.

June has been a busy month both locally and nationally insofar as things I like to write about. The shame-on-me is that I have not carved out enough time to do so!  In part I am still picking up the pieces after my early spring travels. Exploring how to unpack and deal with the new Medicare prescription drug data base also took a lot of time.  The truth is that I am a slow writer handicapped by a default and probably over-wordy professorial style.  I haven’t even been able to update the Institute’s Facebook and Twitter pages!  What follows is a list of things that occured during the month that I wanted to write about and hope to do so in more detail later.  These are not necessarily in chronological order or of importance.

The Supremes Rock & Rule!
We were presented with two back-to-back major decisions by the U.S. Supreme Court. The first, King v. Burwell, allows federal subsidies of health insurance premiums for low income individuals and their families to continue even if their insurance was purchased in states that chose to allow the federal government to operate their health insurance exchanges.  The lawsuit brought by Obama/Obamacare-haters to limit premium support to insured individuals in states like Kentucky that chose to operate their own exchanges would have essentially gutted the Affordable Care Act (ACA) and tossed millions back into the uninsured category. For the time being, Obamacare stands intact for at least the next year and a half, despite promises by opponents to throw up additional challenges. All our legislators should be working together to deal with a major remaining deficiency of the ACA.  The Act has been very successful in decreasing the number of uninsured people, but it makes little headway against the exploding costs of unnecessary, marginally effective, or for that matter even necessary medical care.  Continuing to forbid the federal government to negotiate over the prices of drugs is a case in point. Subsidies were deemed necessary for a reason! END_OF_DOCUMENT_TOKEN_TO_BE_REPLACED

What drugs and by which specialties?
When I first looked at the recent release of outpatient prescription drug utilization by Medicare patients, I was immediately struck by how many narcotics were being prescribed by physicians and other medical providers for so many patients. The vast majority of providers prescribed a handful of different and mostly inexpensive opioid drug products to a relatively few patients, On the other hand, a smaller number of providers wrote for many different opioid formulations, some fantastically expensive, for large numbers of patients.  Is good medicine being practiced?  Is it possible to tell? Should we even care?  Of course we should. In this analysis I break down further the utilization of a subset of the most common opioid analgesics, show which medical specialties prescribe the most, and begin to highlight the vast discrepancy in narcotic use among individual providers. From the full CMS database, I extract and make available an Excel file enumerating  prescriptions of selected narcotic analgesics by Kentucky medical providers . END_OF_DOCUMENT_TOKEN_TO_BE_REPLACED 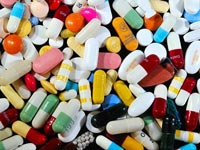 The Federal Government has been releasing an avalanche of health care utilization data over the past very few years while the rest of use are still trying to figure out how to use the information.  While there exists the potential to use the data to evaluate healthcare quality and safety, to ferret out best medical practices, to more efficiently use increasingly limited healthcare dollars, or to otherwise guide good public policy; the most apparent utility so far is to identify medical fraud. It is easier to justify looking for fraud than to confront entrenched interests dug in deep in this profitable segment of the economy.

Medicare prescription drug cost and utilization data.
One month ago, the Centers for Medicare and Medicaid Services (CMS) published another data-dump. It was the first compilation of all drugs and selected supplies prescribed by physicians and other healthcare professionals to the majority of Medicare patients in 2013.  Included beneficiaries number 35.7 million and include those enrolled in freestanding Medicare Part-D drug plans, or those covered by drug plans that are part of Medicare Part-C (managed care) Advantage plans. These make up about 68% of all Medicare beneficiaries. Medicare fee-for-service patients are not included.  Recall also that a proportion of all Medicare beneficiaries are enrolled because they are disabled, not because they are over 65 years old.   Each provider has a line item for every discrete drug prescribed more than ten times by them (to protect patient privacy) including the number of unique beneficiaries receiving the drug, the number of times times prescribed or renewed, the number of days worth of of drug prescribed, and the total amount paid for the drug by the patient, Medicare, and any third party payers.  In the full data file there are 23,650,520 line items for more than 1 million individual providers prescribing 3449 different drugs or supplies. END_OF_DOCUMENT_TOKEN_TO_BE_REPLACED